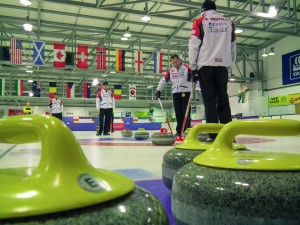 Britain’s Olympic silver medallists Dave Murdoch and Tom Brewster will lead their rinks into action against some of the world’s top teams at the annual Mercure City of Perth Masters which will be televised live on BBC Alba for the first time at the Fair City’s Dewars Centre this week.

The 40th hosting of the Bonspiel is taking place from January 7-10 and the best players the host country can assemble will be hoping to take advantage of familiar ice as they compete for UK curling’s biggest prize fund against opposition from 12 other countries in the 32 team event which is set to showpiece the highest calibre of curling.

Former world champion Kevin Koe and Brad Heidt will both be aiming to take the trophy home back to Canada following compatriot Brad Gushue’s success last year, however a stiff challenge will also be provided by some of Europe’s leading rinks including Sweden’s Team Edin, the current World and European champions, Norway’s Team Ulsrud, the former World and European Champions and Switzerland’s Team Michel who are also former European title holders.

Finland is represented by three top class rinks including Team Kauste, whilst Team Van Dorp will be flying the flag for the Netherlands having recently finished runners up in the Edinburgh International to Scotland’s Team Smith who are also in the line up. The Perth-based former Junior World Champions, who followed that success by winning the Euro Play downs to make their senior international debut at the European Championships where they reached the knock out stages, will be hoping to capitalise on local support.

Murdoch, Scotland’s familiar standard bearer, whose rink won the Karuizawa International in Japan at the end of last year is relishing the prospect of returning to competition, “After good results in the Canadian Open followed by our undefeated run to win in Japan we feel like we have found some good form at the right time of the season. The tough part now is to take that into this week in Perth but it’s great that the event continues to attract such a strong field here on Scottish soil.”

Other Scottish rinks include the experienced Ewan McDonald who is a multiple holder of World and European titles, whilst young up and coming contenders include Bruce Mouat who will be looking to continue his winning streak after claiming a national mixed doubles title and the Challenge Curling Tour (CCT) event in Dumfries on two consecutive weekends last month.

Commenting on the Mercure City of Perth Masters, Chair of the Organising Committee, Pete Loudon said, “We are delighted that this event continues to attract a stellar line-up of internationalists making this the biggest curling event to be hosted in Scotland on an annual basis and being televised live by BBC Alba, thanks to the support from the Royal Caledonian Curling Club, will help to elevate the profile of this tournament and the game.

He added, “We are extremely grateful for the continued support of our title sponsors Mercure Hotels and Perth and Kinross Council and Perth Honda who make this event possible.”

Eleven games will be televised live on BBC Alba from the opening day of action on Thursday through to the quarter finals, semi finals and the final on the fourth and final day of the CCT event, with points accrued counting towards a place at the end of season championships in both Europe and Canada.

The Royal Caledonian Curling Club is supporting the broadcasting of the Perth Masters on BBC Alba by linking it to the Try Curling initiative, which will be seen in the ice and field of play. If you’d like to try curling for the first time visit www.trycurling.com where you’ll find everything you need to get started including the basics of the game and how to play, and the latest Try Curling taster sessions and Beginners Classes happening near you. 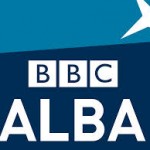 Curling fans will also be able to access live internet streaming of the event with a game from each draw available to view over the four days of competition.