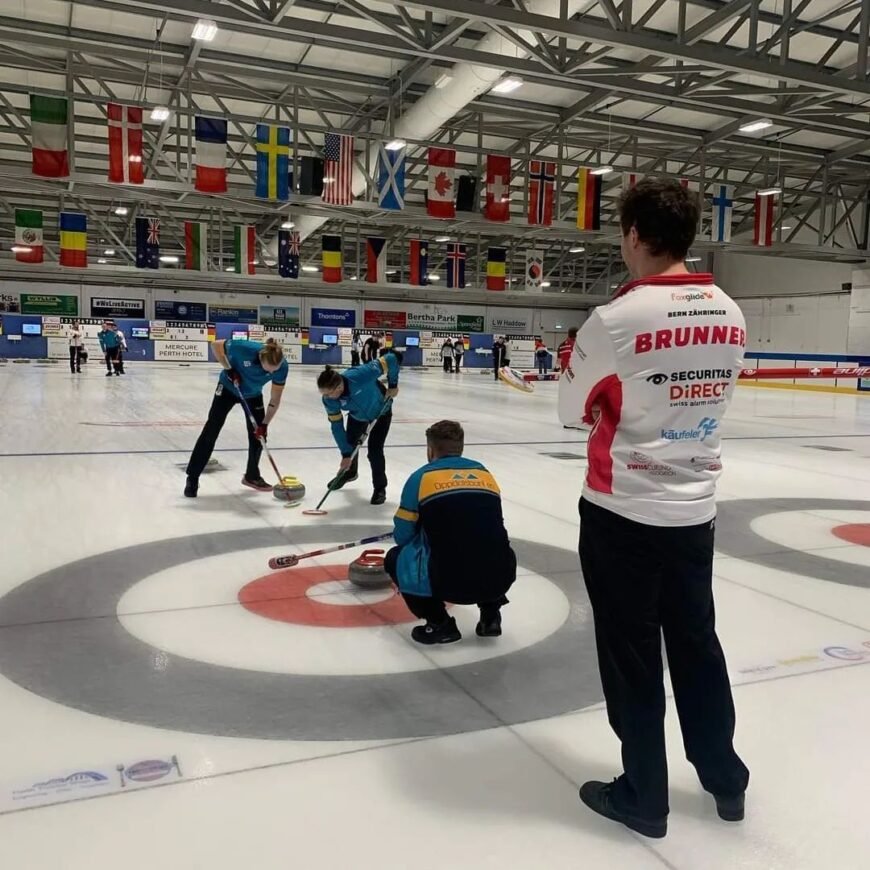 TEAM HAARSTAD – Safely home after a great week in Perth. Although the results could have been better, @perthmasters delivered as always and we got some great games to bring with us into the second part of the season!

Next up is the second leg of the Norwegian Cup in four weeks. In the meantime we will be cheering for our skipper representing Norway in the Uni Games starting in three days

TEAM LOCKHART – Thanks to @perthmasters, all the volunteers and all the staff at Dewars Centre for a great weekend of curling and renewing friendships.

We had a close game this morning against a fantastic young Swedish team @teamfoxglide but lost out in an extra end.

A bit of rest and then the preparations for the Scottish Seniors begin. Thanks to all our supporters behind the glass including our sponsors @loch_levens_larder, G&M Mechanical Services and James McEwan & Son.

TEAM LEIGH – As the @perthmasters comes to a close we can say that we are all extremely thankful for the opportunity to play in a world class event.

We have had a lot of fun over the past few days and learned so much from watching and playing alongside Olympians, World and European champions and all the amazing talent from around the world competing in this event. We also met some of our idols along the way!

Huge thank you to @perthmasters committee for making us feel so welcome and for running a fantastic event.

Well done to all the teams who took part and congratulations to winners @teamjentsc and @teammouat on winning the Ladies and Mens finals this afternoon.