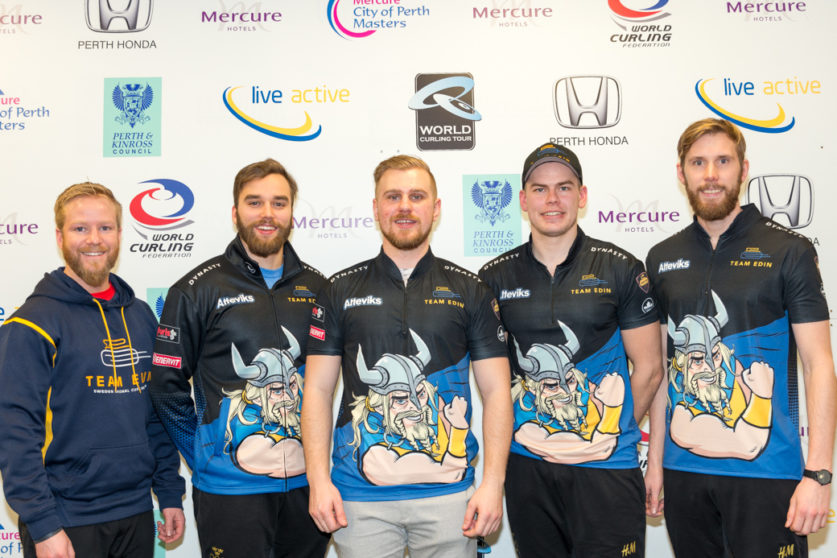 Niklas Edin has already had several golden moments in his career. A two-time world champion, Edin has also reached the top of the podium at the European Championships, the world juniors and the Winter Universiade.

After Edin’s team disbanded following the end of the last Olympic cycle, he formed a new squad with Oskar Eriksson, Kristian Lindström and Christoffer Sundgren. Eriksson was no stranger playing on Team Edin as he served as the club’s alternate in previous seasons.

The new Team Edin found their winning ways early in 2014-15 capturing the European Championship title and continued their strong play en route to earning the gold medal at the 2015 world championship in April.

Team Edin became the first non-Canadian men’s crew to capture a Grand Slam championship when they won their first at the 2016 Masters. It only took Edin two weeks to claim his second title in the Pinty’s Grand Slam of Curling winning the Tour Challenge Tier 1 just a fortnight later. Edin earned his third at the Players’ Championship and also clinched the 2016-17 GSOC Bonus Cup.

Edin will make a third consecutive appearance at the Winter Olympics as his team has been selected to represent Sweden at the 2018 Pyeongchang Games.