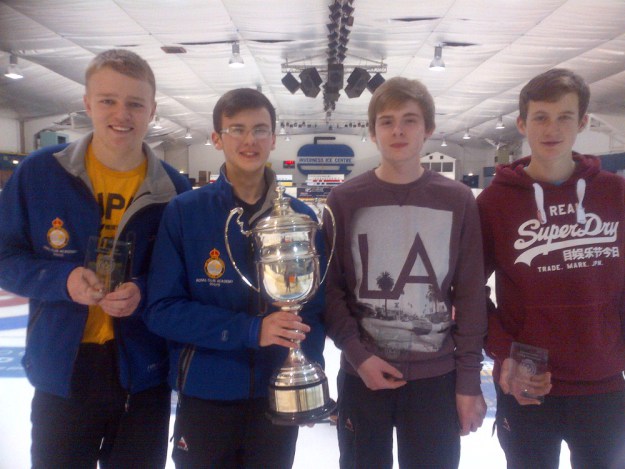 We are an Academy Supported Team where we receive funding and support from SportScotland and the Royal Caledonian Curling Club.

We have played in the Asham U21 Slam Tour – finishing 4th at both Greenacres and Kinross and 1st at Inverness.

Team Brydone finished 2nd at the European Juniors in Oslo in 2015 and later this month will compete in the Scottish Juniors Final – where a win would take them to the World Junior Finals.

This team’s 3rd, Callum Kinnear is off to the Youth Olympic Games in Lillehammer, in February 2016, to represent Greta Britain.