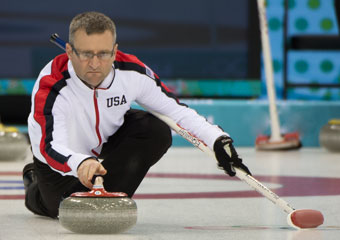 Craig is his team’s “skip,” basically the captain, who provides the team’s strategic direction and is responsible for many of its critical shots. As an alternate for the 2014 Winter Games in Sochi, Russia, Craig got in some ice time in the final game. As for fitness, stretching to handle the deep lunges required by the sport is key, advises Craig, as is building core strength to throw the 40+ lb. stones. And for the sweepers, who vigorously brush the ice ahead of the stone to help determine its speed and direction, arm strength and aerobic exercise are critical.