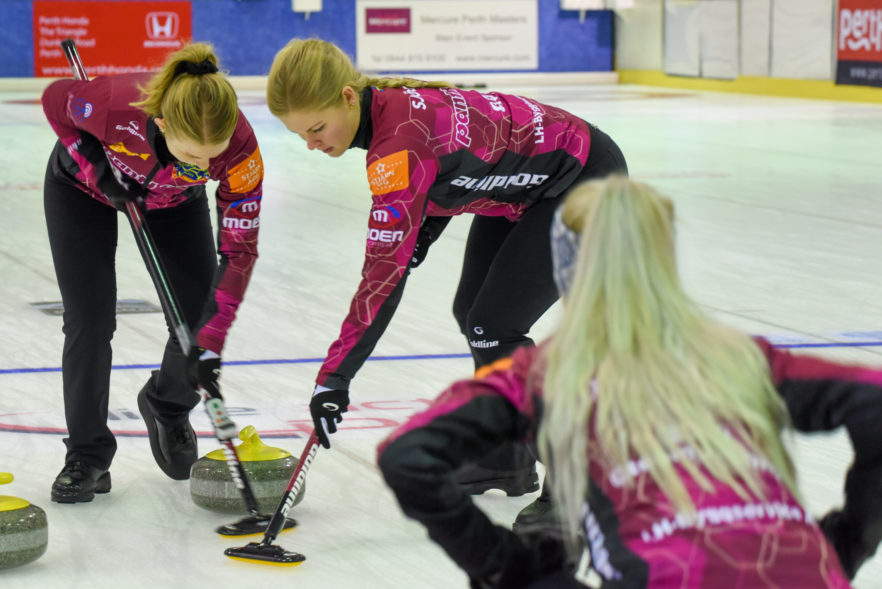 It was the Ladies only first up early on and although some games started a little later, we managed to get all games completed in time. Team Muirhead started strongly against fellow Scots Team MacDonald putting them to the sword Claymore 12-0. The Teams from Asia had a successful start also with both Team Gim from Korea and Team Han from China winning their first games.

An upset for one of the favoured teams Team Jackson being beaten by Scottish junior Team Wilson in their opening game. Lastly to the Europeans, Team Wrana from Sweden beating their Scandanavian counterparts Team Skaslien and Team Jentsch needing an extra end to see off Czech Team Kuberskova.

This is shaping up already towards a really exciting finish.

Some photo memories from the opening session.