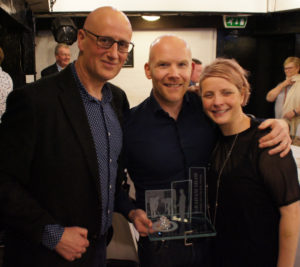 The Mercure Perth Masters has been running for over 40 years now and many great international and local curlers have passed through the triple knockout event with varying levels of success. One of those local stalwarts and great supporter of the Masters was Graham Shaw and his team. They curled in this event year after year looking for those big international scalps or even just that steal of an end from one of the top teams. Sadly Graham passed away very suddenly in April 2018 and a great loss was felt in the curling fraternity and large gaping hole in the Perth Masters tournament.

Chairman Pete Loudon said, “The committee, who knew Graham well, decided that the hole created by his absence needed to be filled and something done so that he will always be remembered as a part of the Perth Masters. So was born the Graham Shaw Spirit of Curling Award – an award to recognise an athlete at this event as someone, who like Graham, embodies the true spirit of friendship and brotherhood that is promoted throughout the world and makes our sport stand out from others.”

“This would be a trophy that the voted-for curler would get to keep as a lasting symbol of a great curler and the embodiment of the spirit of curling as well as having a permanent larger version of the trophy to be kept as Graham’s home rink of Perth.”

“This year it was decided unanimously that Ewan MacDonald should receive this award both for his attitude on an off the ice and as someone who also had a close relationship with Graham.”

The award was made at the Perth Masters Friday night dinner in Perth’s Mercure, City Mills Hotel.

Said Pete, “It was a very emotional moment and anyone in attendance could not help but be moved by the occasion.”

“We hope that this is a tournament and an award that can continue to be carried on well into the future and ensure that the game that Graham loved is remembered for all the right reasons. We would like to thank his widow, Kay, his mother, Christine, and brother Calum for helping with the creation and presentation of this trophy. Hopefully the pain of his loss will lessen but the fond memories remain.” 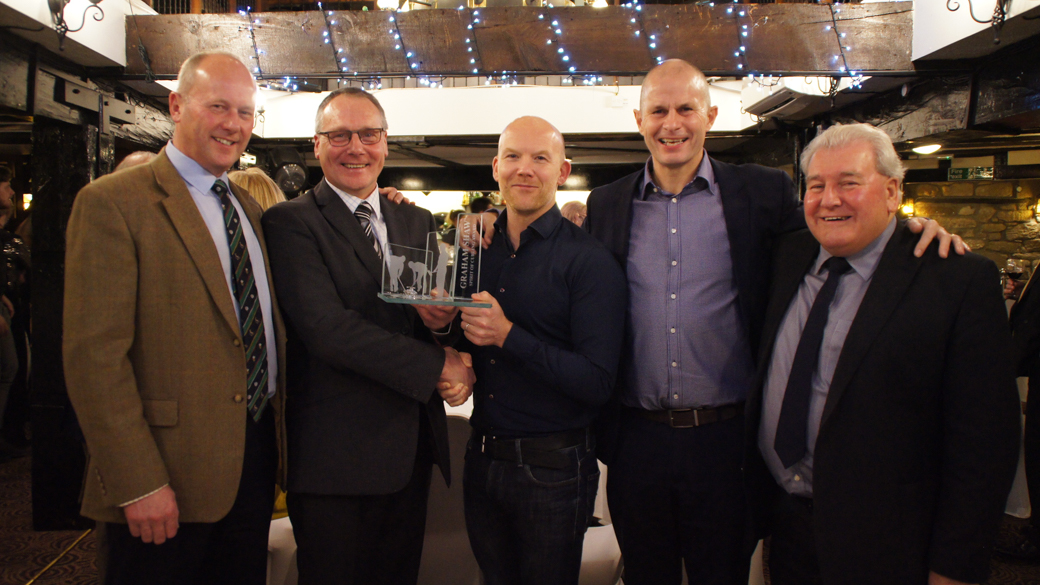