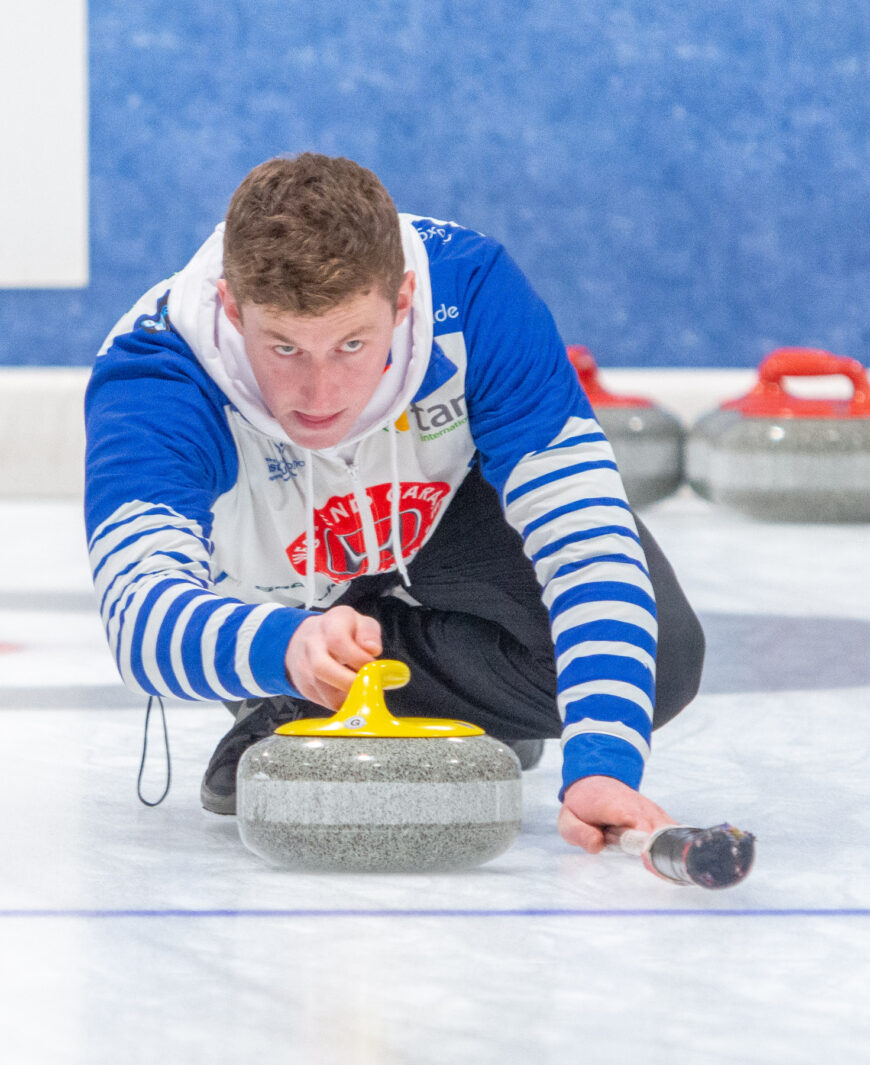 Glen, originally from Blair Atholl and now of Crieff, has entered a team for the prestigious Mercure Perth Masters and will be joined by brother Thomas, Scott Andrews and Callum Kinnear at the familiar setting of Dewars Centre.

The 33-year-old, who played in the 2018 Winter Olympics in Pyeongchang, gets his tournament underway on Wednesday evening.

Some of the world’s best will be in the Fair City and Muirhead – a sheep farmer – realises playing in the Masters is a different kettle of fish compared to the Perth Super League, but is looking forward to getting back out there.

“Without a doubt it is a free hit,” he said. “We have been away from competitive curling for three seasons now.”

“There are no expectations whatsoever.”

“I’m not oblivious to the fact that you have to be training regularly to keep yourself at the top. With us not training and keeping ourselves in top tune, we’re just having a punt. We just want to get in amongst it.”

“Hopefully we will win a few but we won’t be putting ourselves under any pressure.”

“If we can qualify then we would be delighted.”

He added: “Since we couldn’t continue when it was full-time or nothing, we then fell into the Covid year.”

“The Masters didn’t run the last couple of years and this is the first one back to normality.”

“There is a decent field of teams and we just thought ‘why not?’”

“We have only really been playing Perth Super League and some club stuff. You miss the competitive stuff.”

Muirhead has played in the Perth Masters many times before and is delighted that a full line-up of men’s and ladies’ teams from Scotland, Europe and beyond will be hitting the local ice.

“International curlers hold the organising committee in high regard,” Muirhead continued. “Everyone respects what they do and what they have done in the sport, because most are former curlers.On the circuit, the Perth Masters is regarded as a ‘go-to’ event which everyone likes to make an effort for.”

“That continues and, where teams can, they will make the effort to get here.”

“You look through the teams and see all the familiar names. There are a lot of younger teams now as well.”

“So there are equally as many names I don’t recognise, which is good to see.”

“It is still good to see that the field is strong and full.”

While Muirhead has not been playing on the ‘tour’ in recent times, he does have an abundance of experience behind him to call upon.

His appearance at the 2018 Winter Olympics with brother Thomas and fellow locals Kyle and Cammy Smith remains at the forefront of his memories.

Muirhead smiled: “We have still got our team group chat on the go and are always messaging it with bits and pieces.”