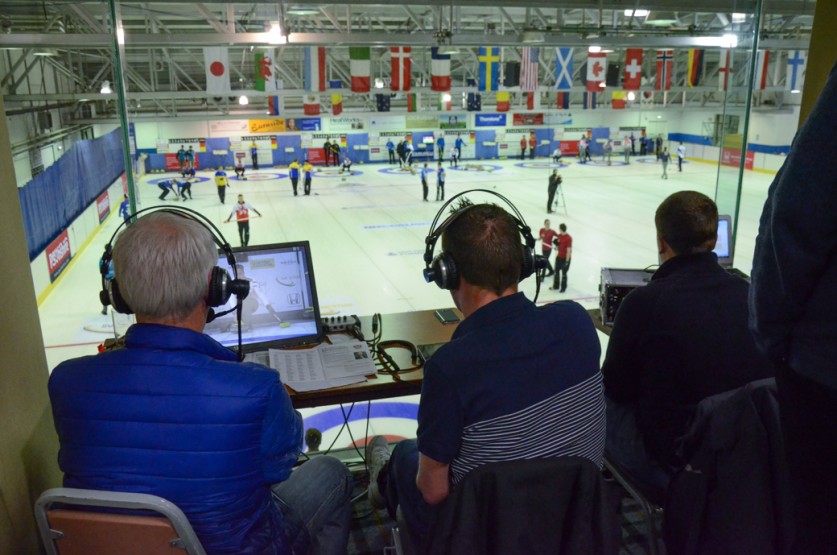 BBC ALBA is to broadcast live curling from the new-look 2020 Perth Masters supported by Mercure Perth Hotel, with exclusive UK coverage screened on the channel and BBC iPlayer, with catch up also available on iPlayer.

The 44th hosting of the tournament in the fair city has a brand new and ambitious format, which will see the Perth men’s and women’s World Curling Tour events joining forces and taking place at the same time at the Dewars Centre.

The new and more inclusive event which will kick-start the 2020 curling season (2-5 January 2020) has attracted a record number of entries from world class curlers from 12 countries, including a powerful contingent from the host nation competing for the prestigious titles in the first major curling action of the New Year, with 39 teams competing across four days.

BBC ALBA will provide live coverage from Friday 3 January at 10.45am across the weekend, culminating in coverage from the finals on Sunday 5 January from 2pm onwards.

“The profile of this native Scottish sport has increased significantly in recent years with our curlers continuing to put Scotland on the world stage as they enjoy international success, most recently winning silver and bronze medals at the European Championships last month. Having first broadcast from the Perth Masters back in 2016, we hope BBC ALBA can continue to build on and increase that recognition, broadcasting live coverage of top class men’s and women’s international competition taking place in the heart of the country, just two months before some of these elite teams return to Scotland for the LGT World Men’s Curling Championships in Glasgow.

“We very much look forward to showcasing the new format tournament and the expert analysis of Jackie Lockhart who will join us for our three days of coverage.”

Lockhart’s former team mate from the 2010 Winter Olympics, Eve Muirhead is looking forward to playing in the new format event on home ice.

“Having been involved in the Perth Ladies event for the past few years, with it now changing date and taking place at the same time as the men as the new Perth Masters I think it is going to make for a much more inclusive event and great not just for competitors but also for the spectators,” said Muirhead.

“I think the organisers have taken a huge step forward in doing this and they deserve a lot of credit for it, as I actually don’t know of many events on Tour with high class men’s and women’s teams playing alongside each other, bar the Grand Slams and the European Championships.”

“I am going to be on ice at the same time as my brothers and that is going to be quite special competing alongside them.”

Having recently returned from the European Championships with her ninth medal from that event, the two time European and former world champion is delighted that the sport has attracted TV coverage at her home ice rink.

“It is important that others are inspired by our sporting successes and BBC ALBA broadcasting live from this event is really good for the profile of the sport and as a country we need to make the most of this opportunity,” she added.

“As a player I want to support that coverage as much as possible, to drive up viewing figures so that in the future BBC ALBA want to come back and be involved in this Perth event and other curling competitions taking place in Scotland.”

Chair of the Perth Masters Organising Committee, Pete Loudon said: ”For the very first time we are holding two World Curling Tour events that feature the very best men’s and ladies teams, I’m delighted that we will have such a strong International field here in Perth competing against the top Scottish teams.

“For the four days in January I am sure all curling fans will enjoy a world class spectacle of curling that will showcase the 39 teams from many different countries playing 102 games.

“We have worked hard at securing television coverage of the event and I’m delighted to say that BBC ALBA and World Curling TV will broadcast eleven draws live on TV and Youtube.

“A huge thank you to everyone who has made the 2020 Perth Masters possible, our main supporting sponsor Mercure Perth Hotel, our presenting sponsor Perth Honda together with Live Active Leisure, Perth & Kinross Council, Earnside Coaches and of course my fellow committee members and all the volunteers who help to make this a world class tournament.”

Eleven games will be televised live on BBC ALBA from Friday through to the quarter finals, semi finals and the finals on the fourth and final day of the World Curling Tour event.